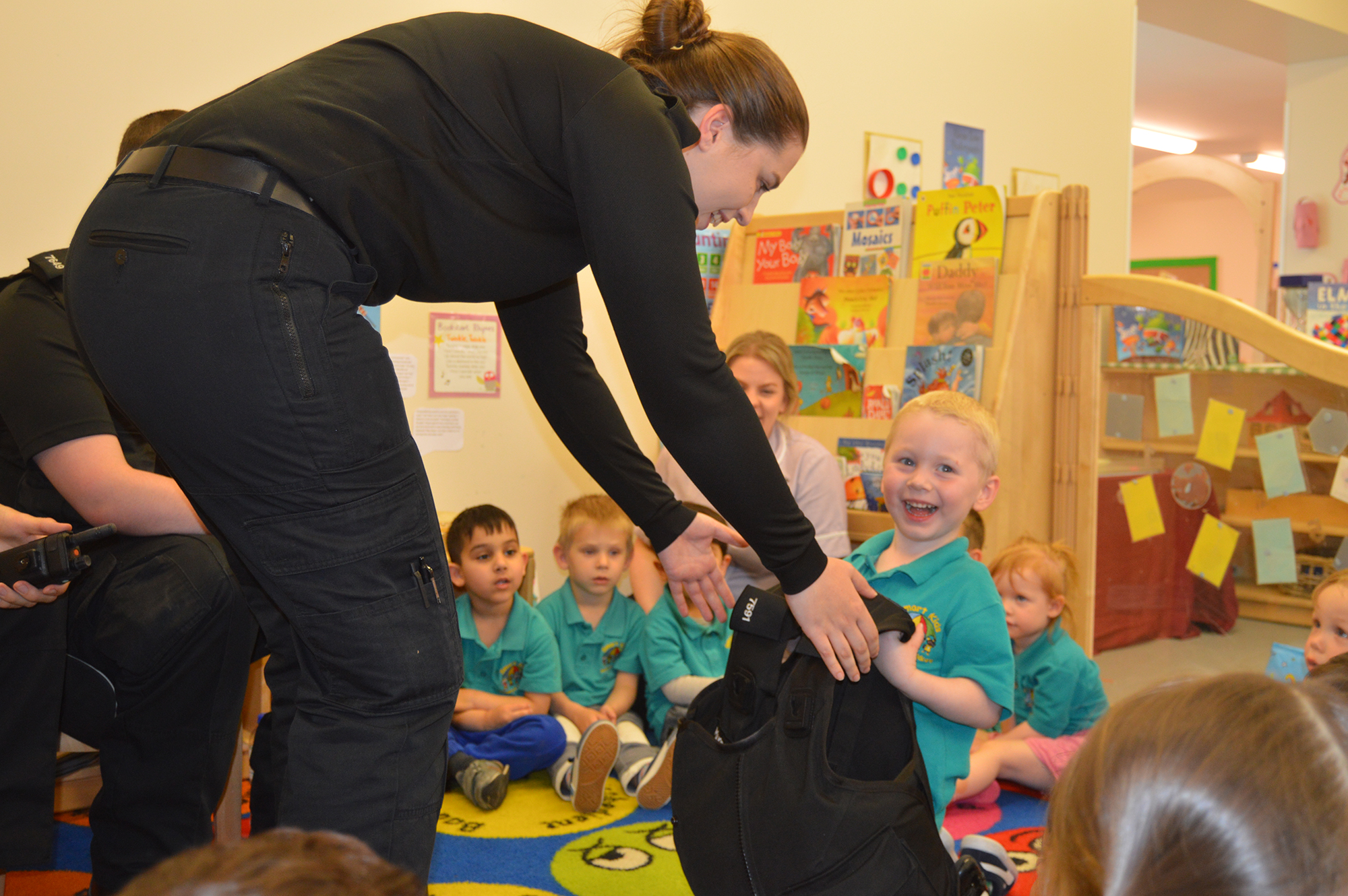 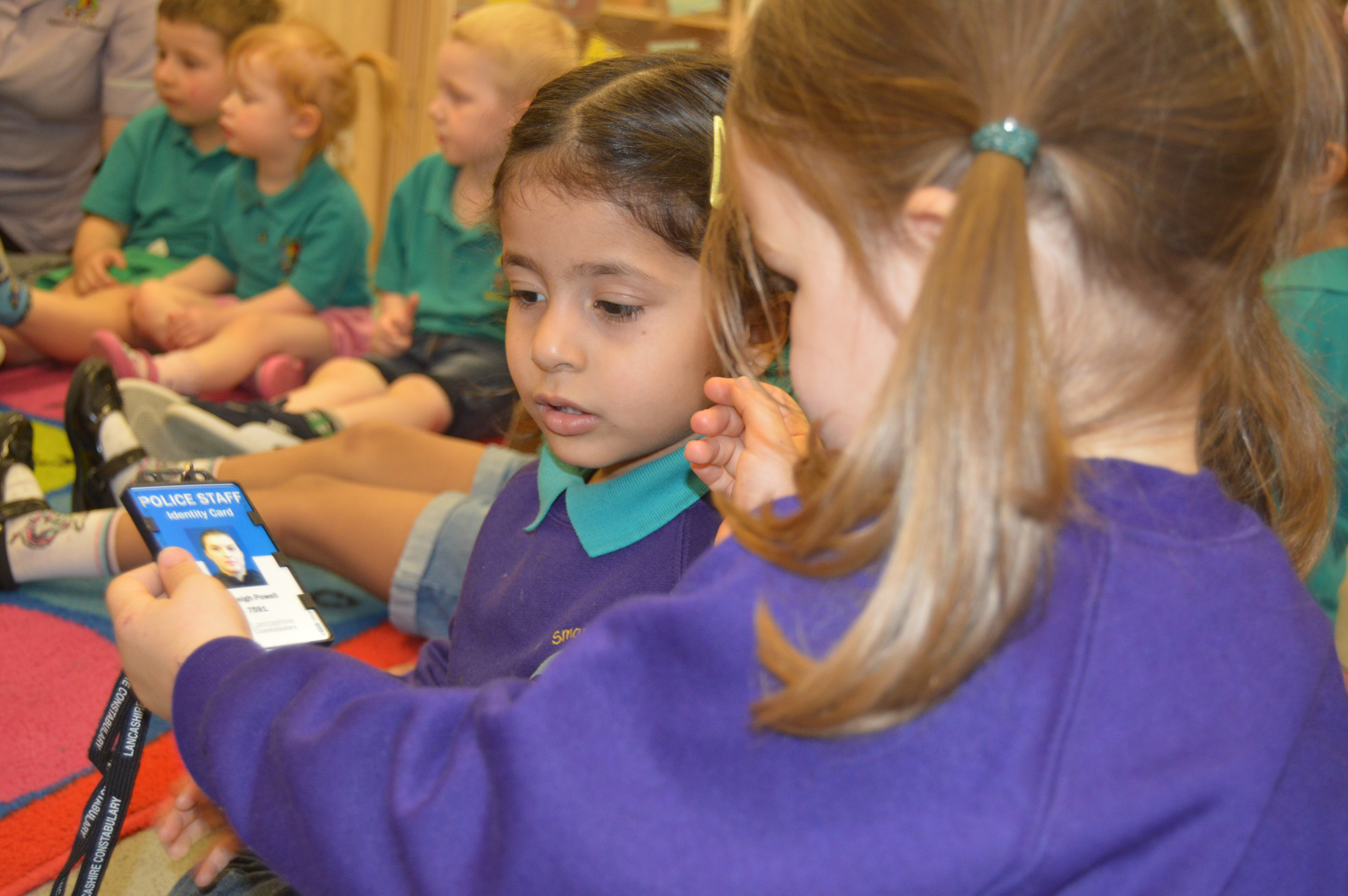 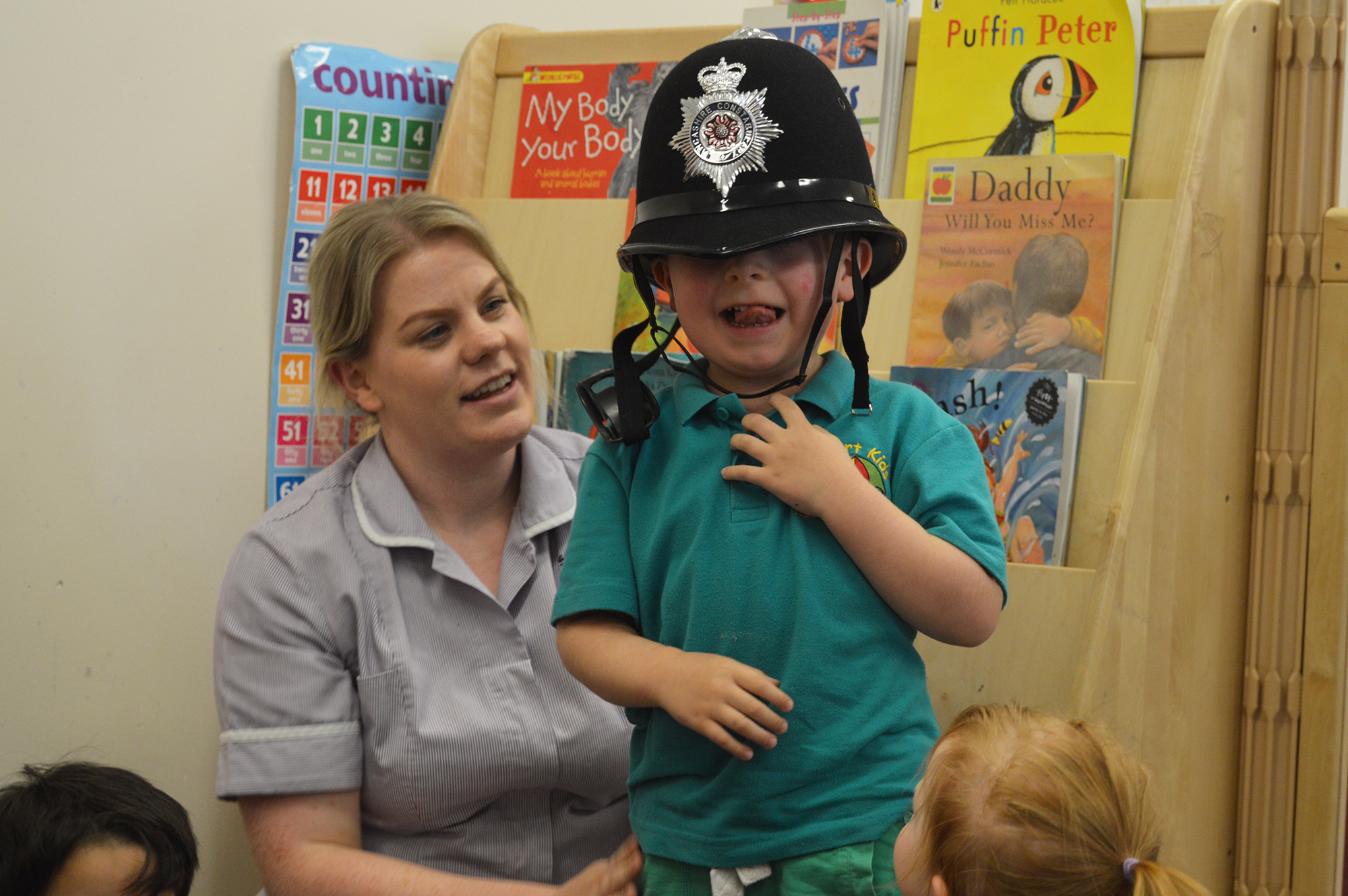 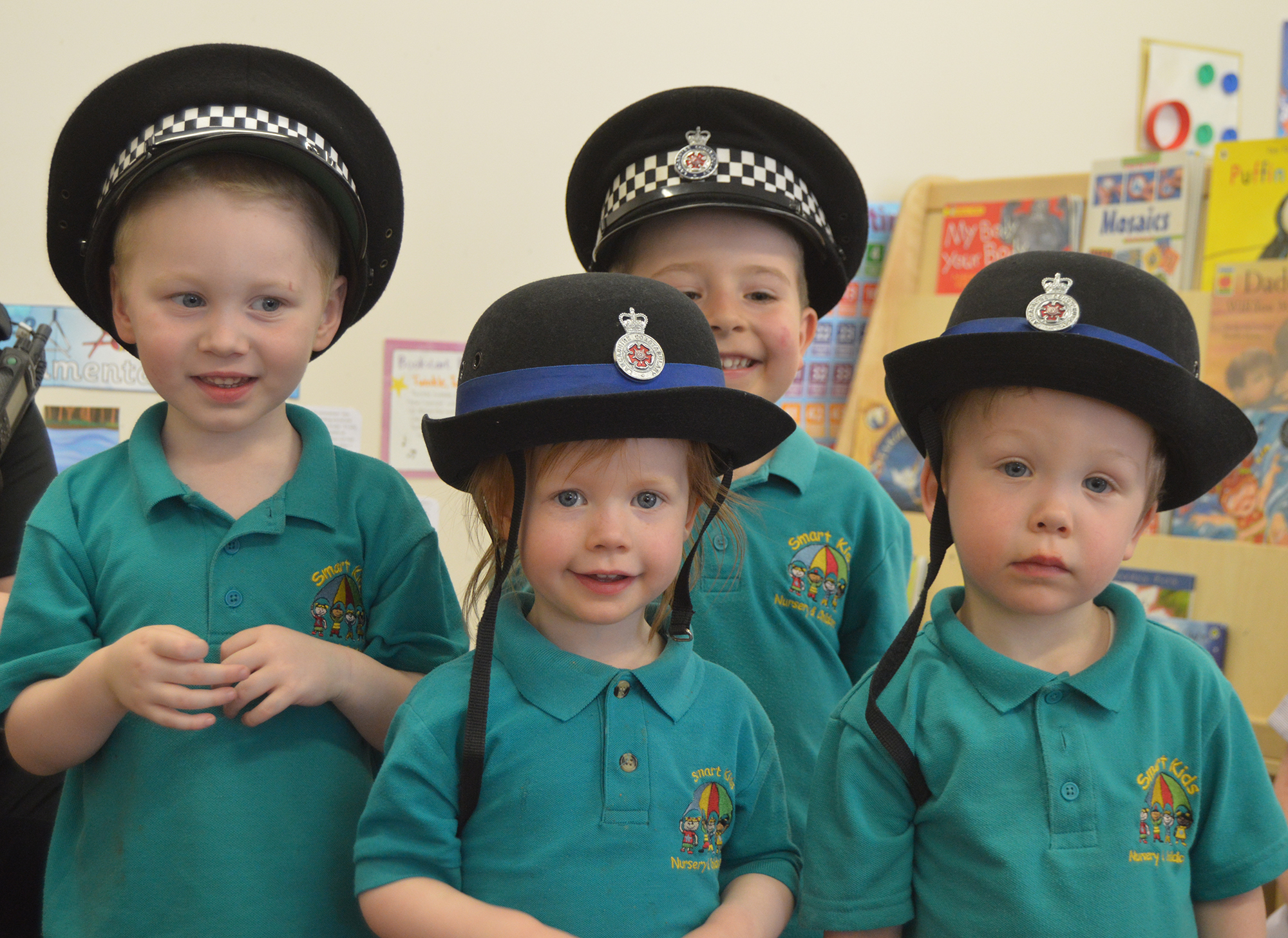 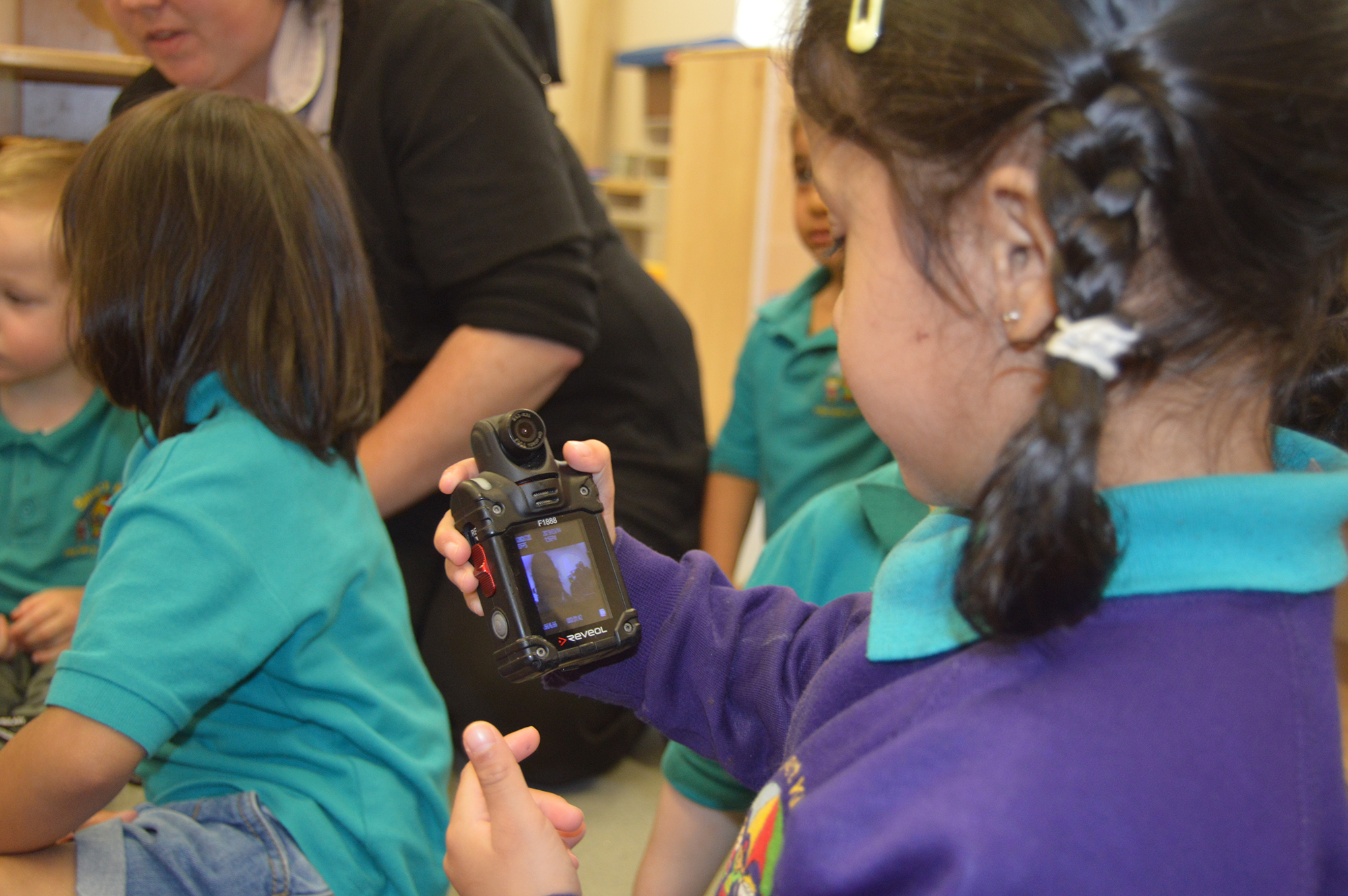 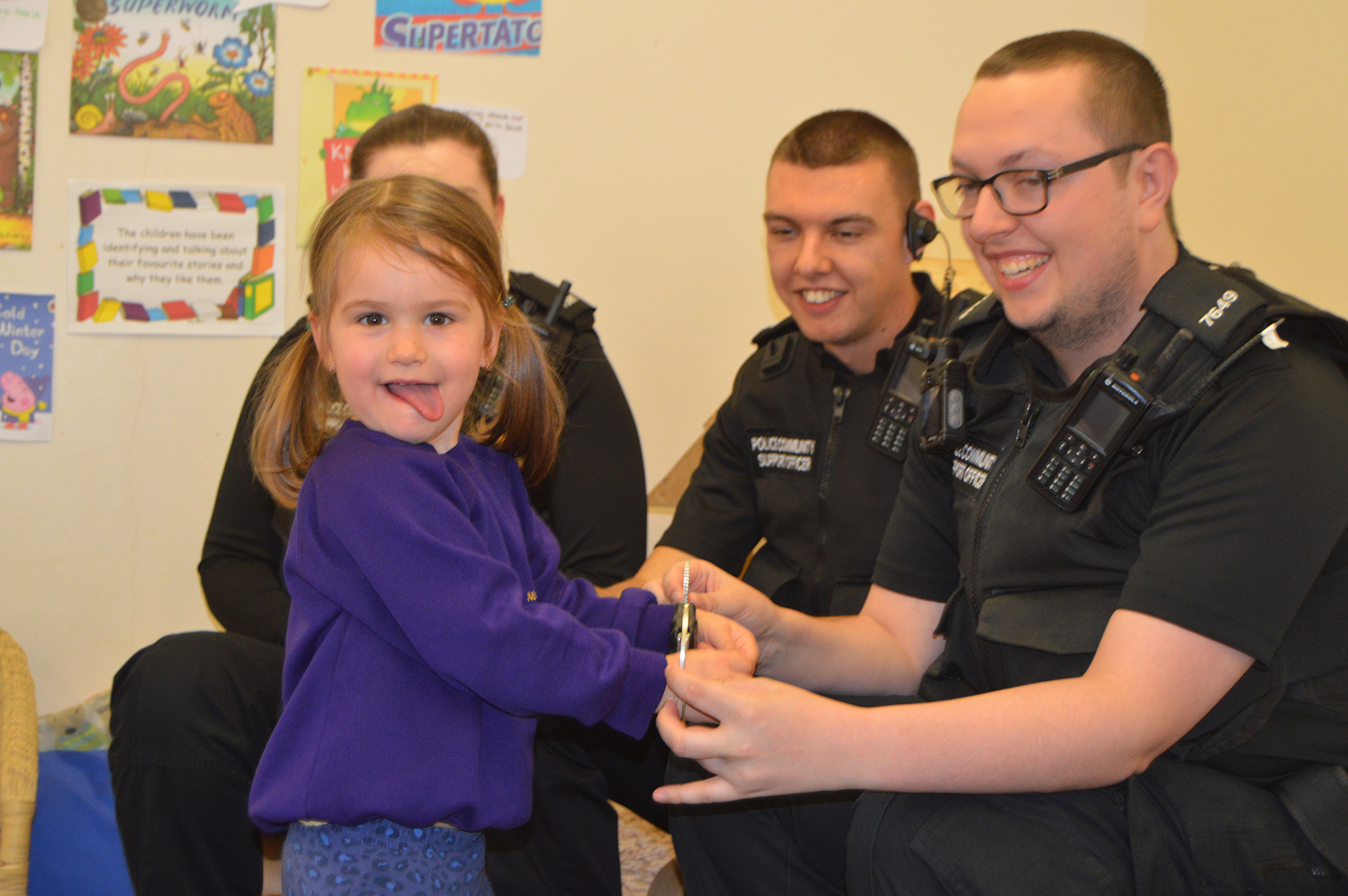 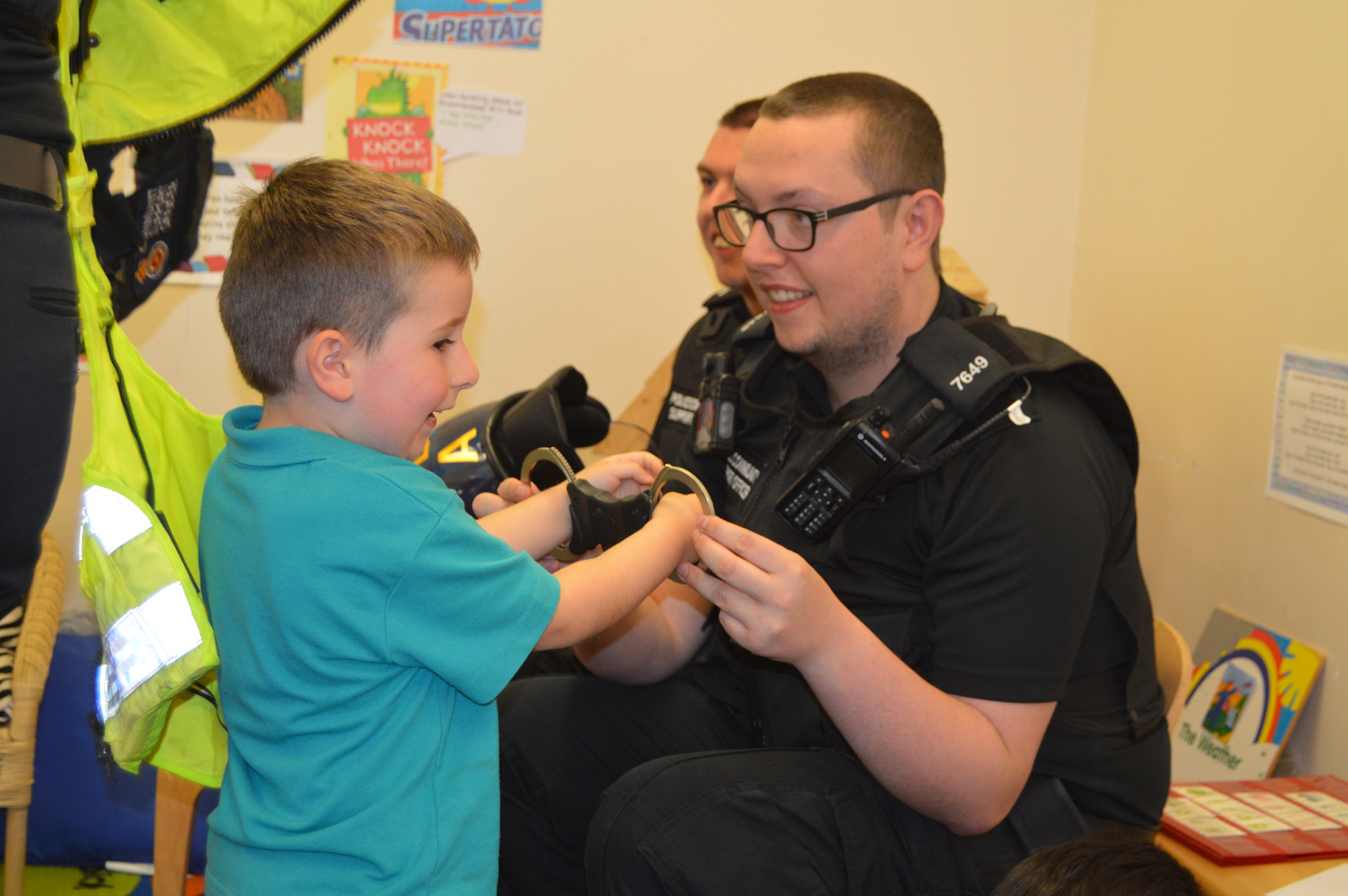 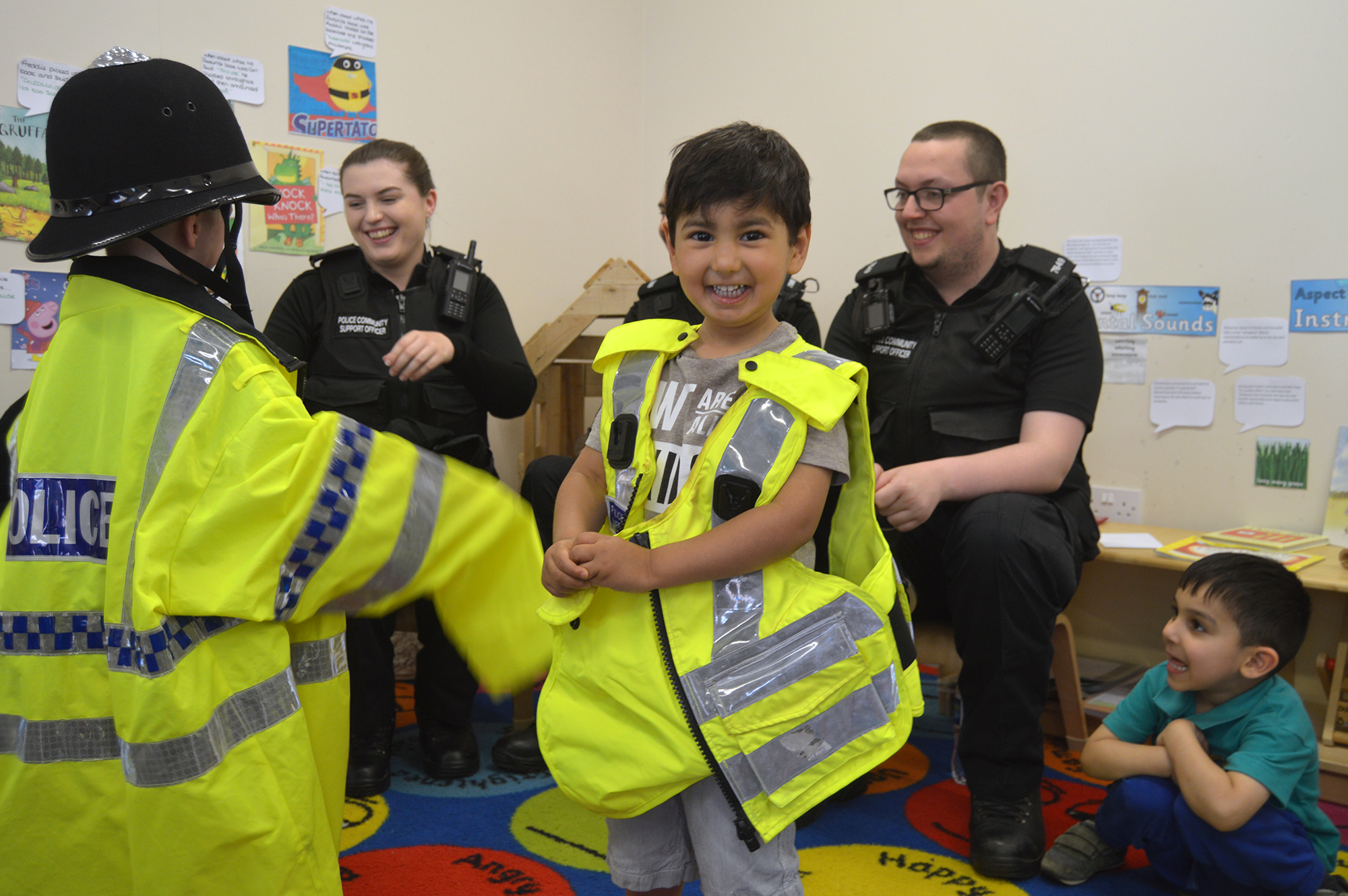 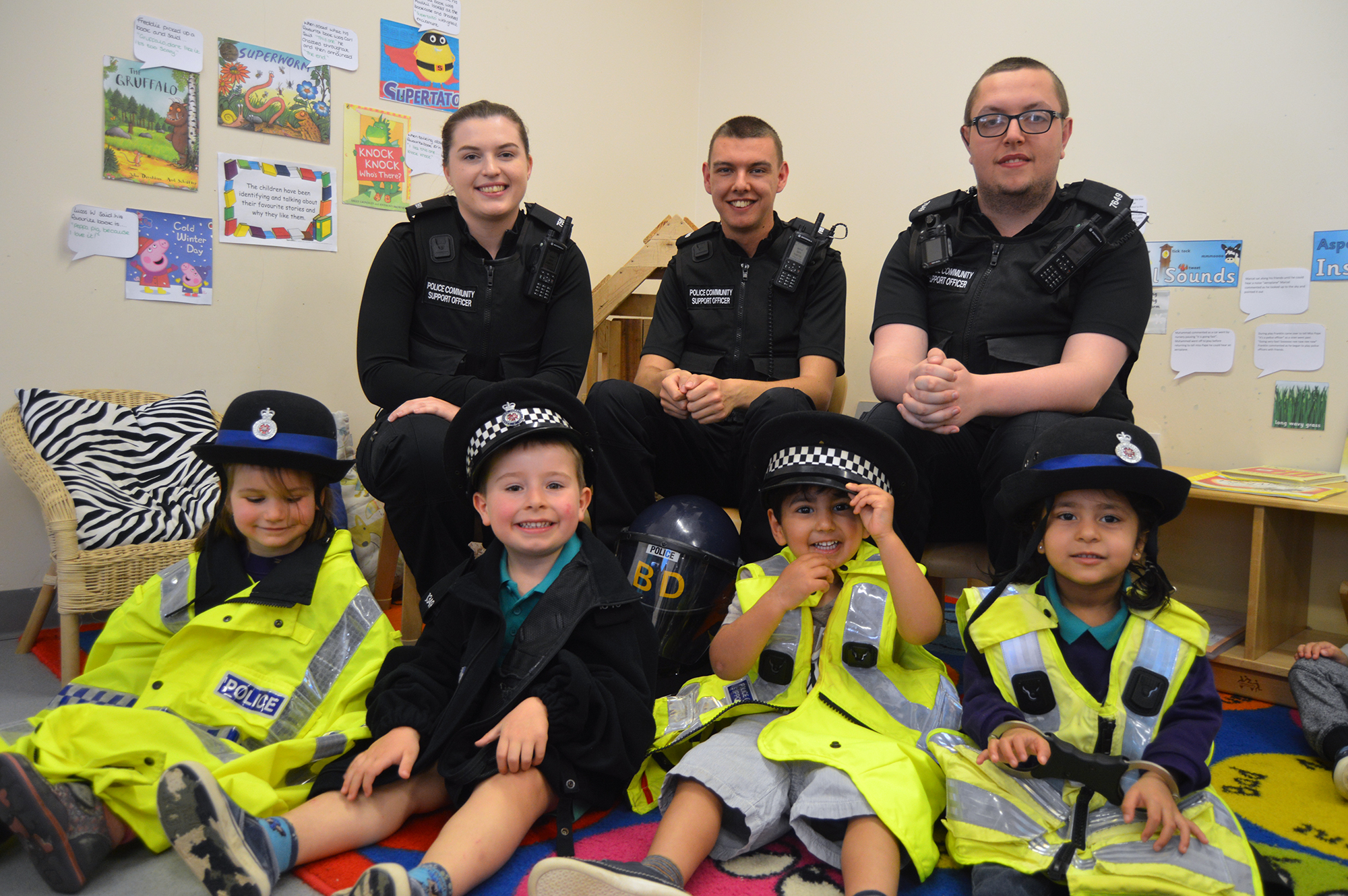 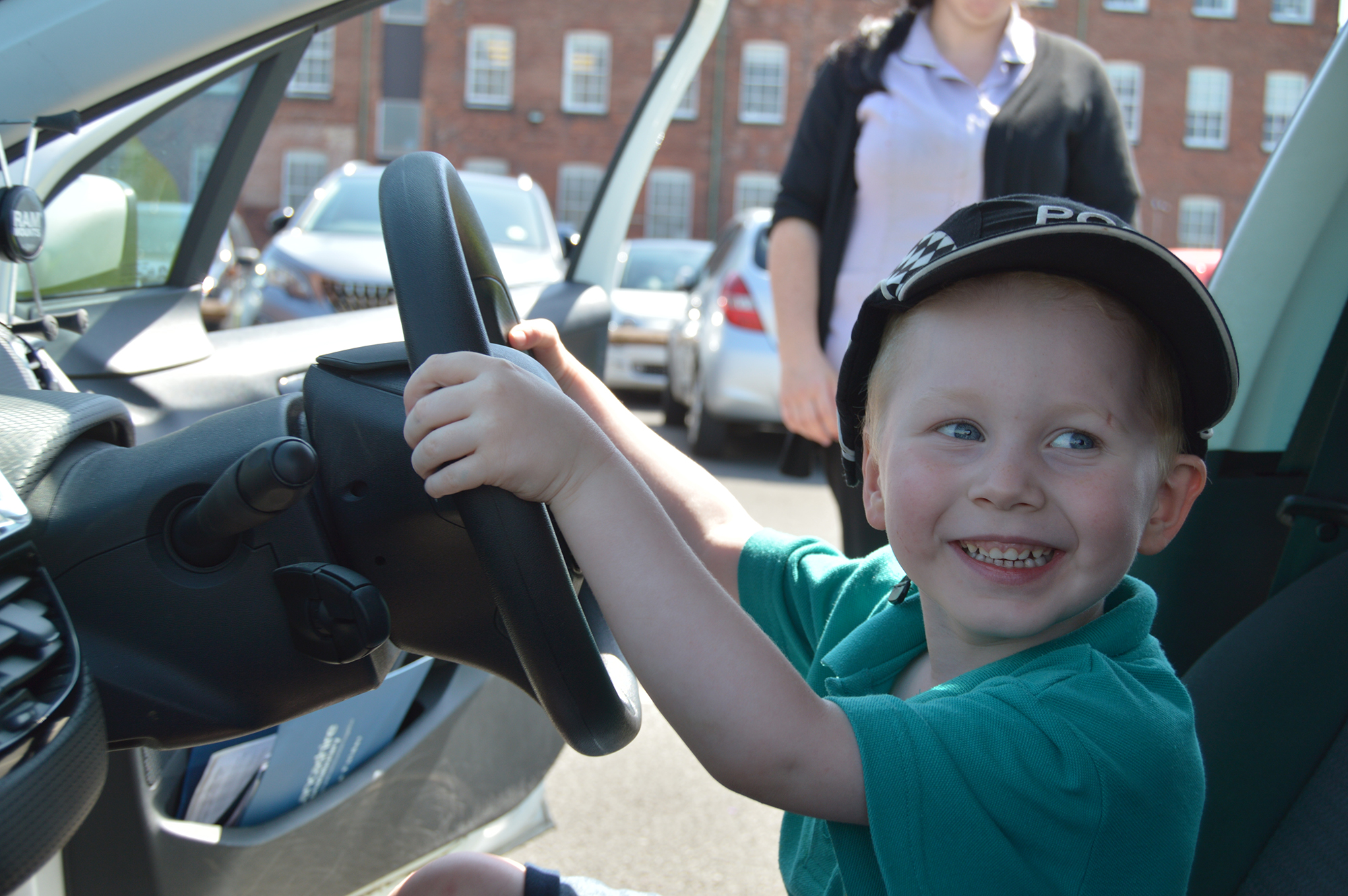 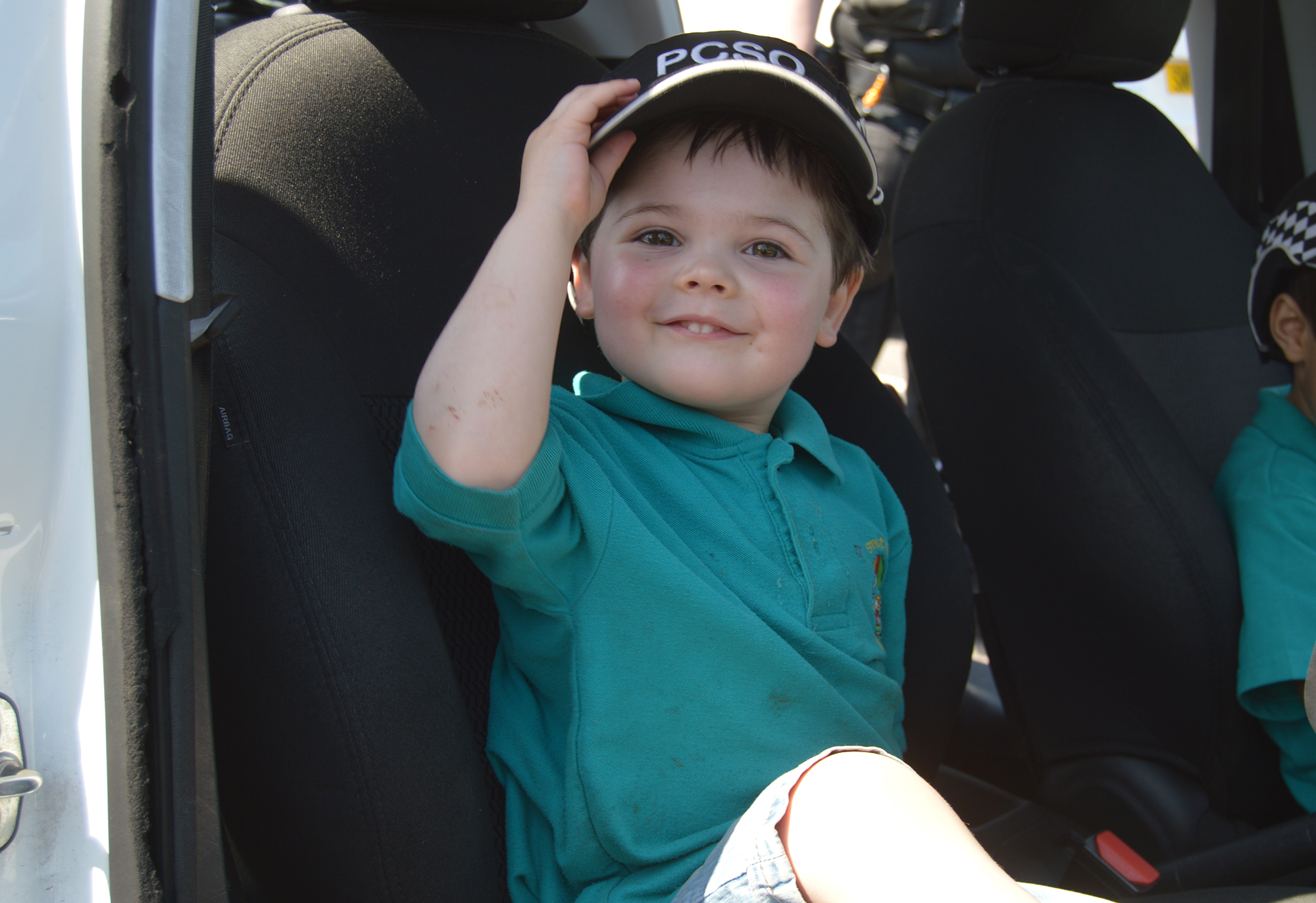 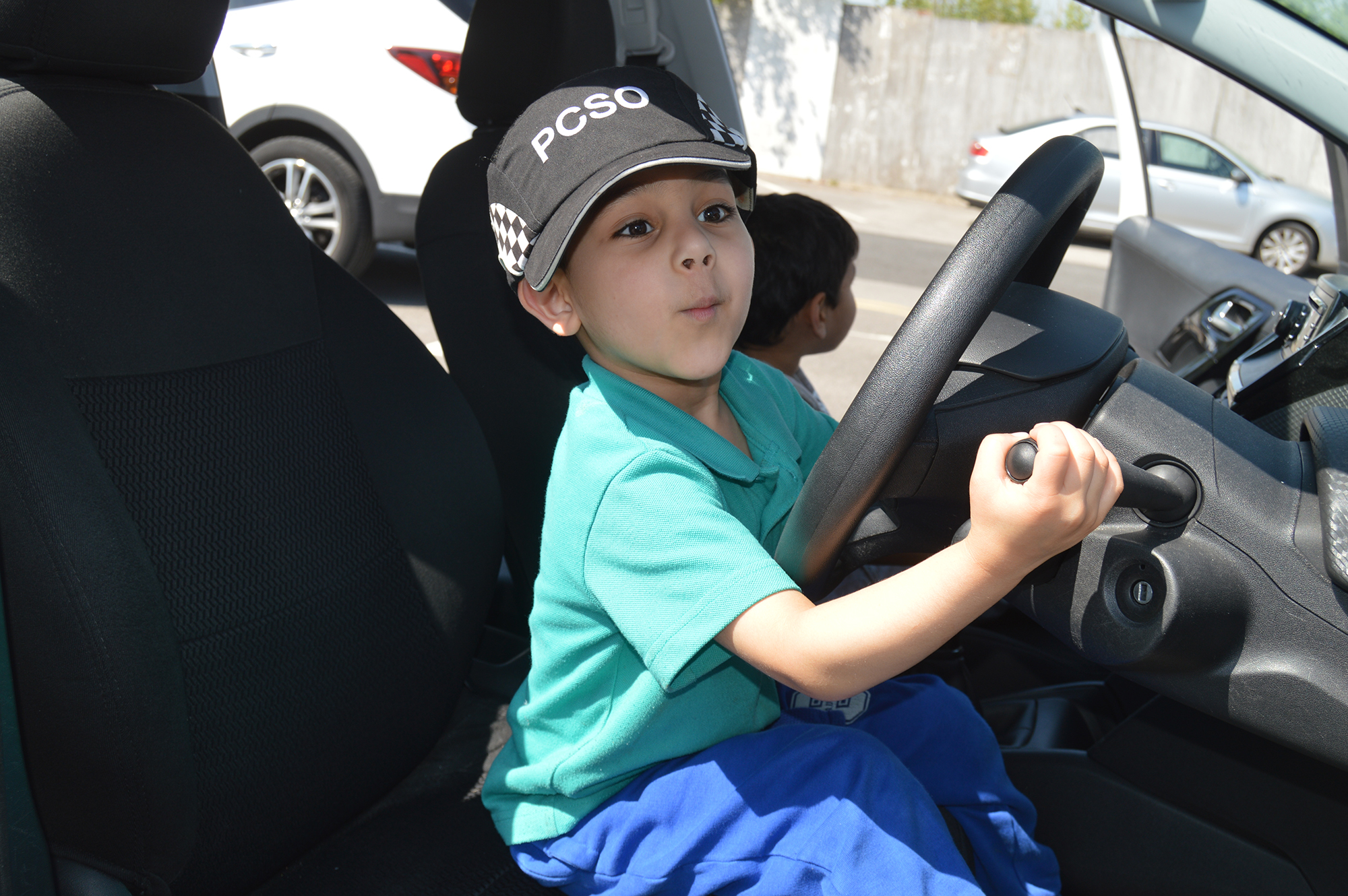 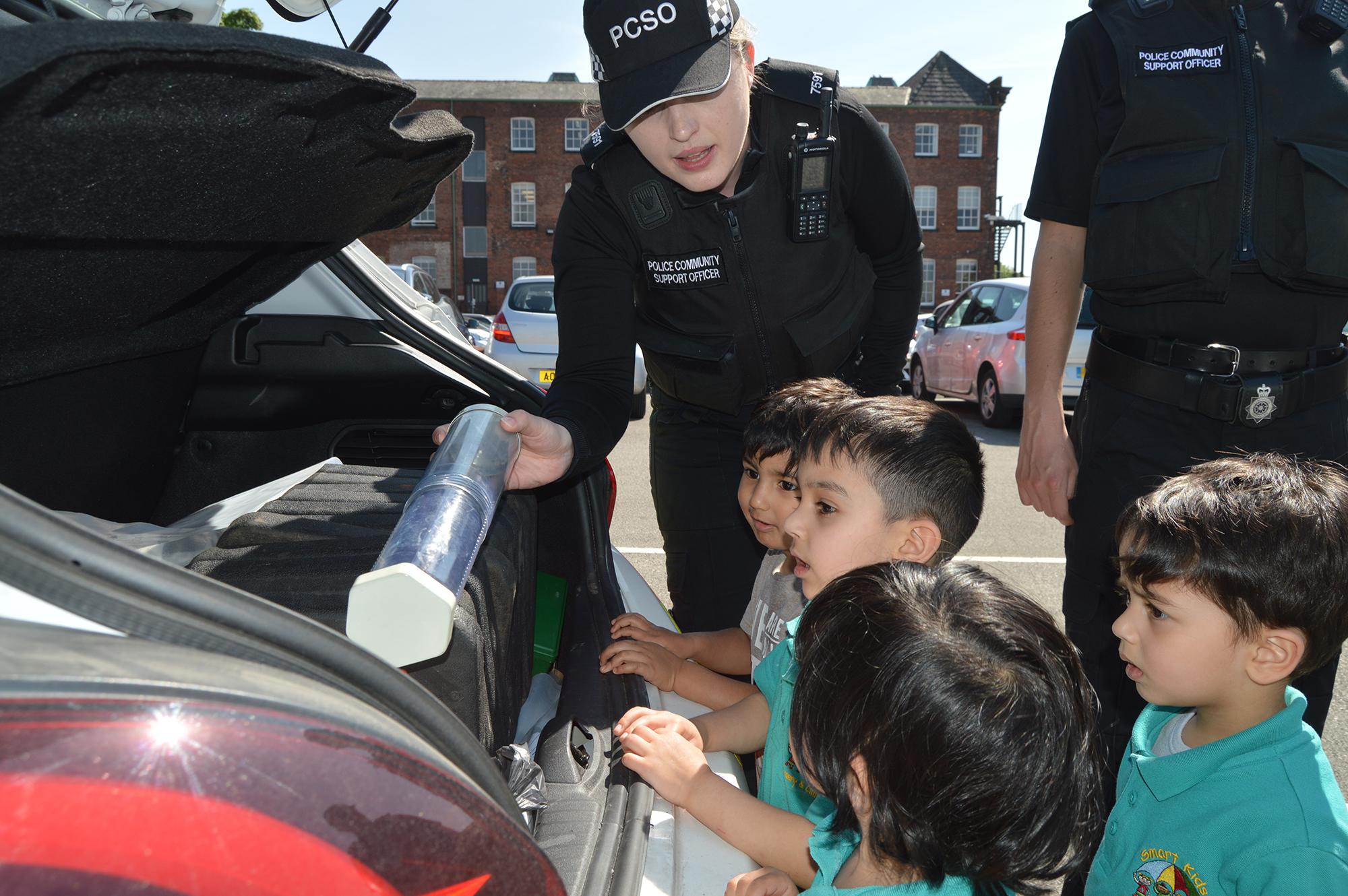 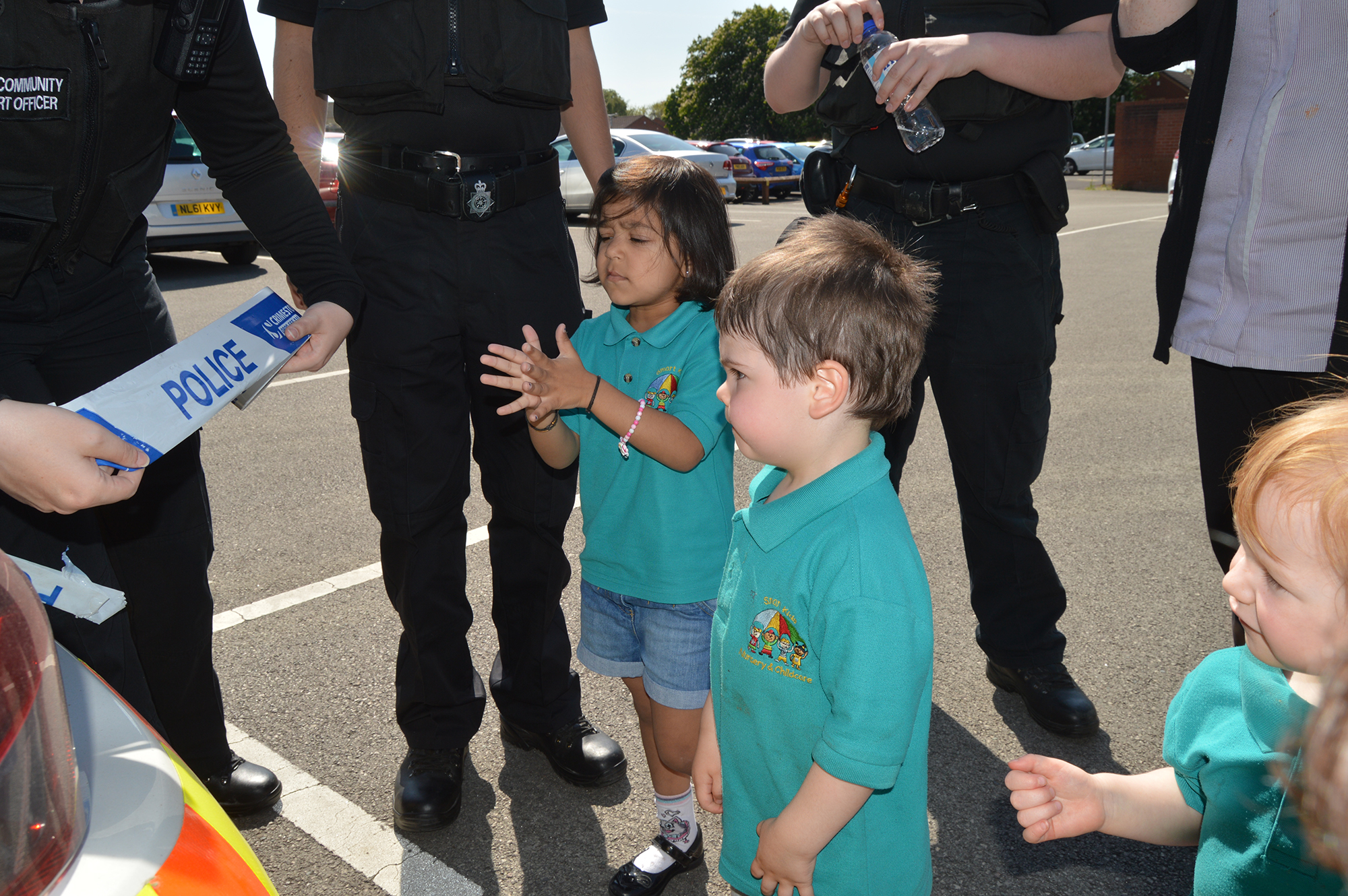 This week, the Smart Kids children were visited by three members of the Police force, to help them learn and discover what it is like to be a member of the police, how they help us, and what they do to keep us safe.

The children all got to try on various types of clothing that the police must wear every day such as a vest, hat and high visibility jackets. Some children were even brave enough to be handcuffed and ready to be led away!!

Great fun was had with the police cameras that the officers’ wear on their jackets – the children enjoyed seeing themselves on the little camera screen!

To finish the visit off, the children all were given the opportunity to visit the police car parked outside the nursery. They saw which bits were special, such as the high visibility stickers on the outside, and the various objects that were inside the car’s boot such as bags and tubes to take evidence from a crime scene, as well as special tape to keep the public away from a protected area.

Special thanks to the three Police Community Support Officers from Lancashire Police for their time with the children. We’re sure they had just as much fun as the children did!